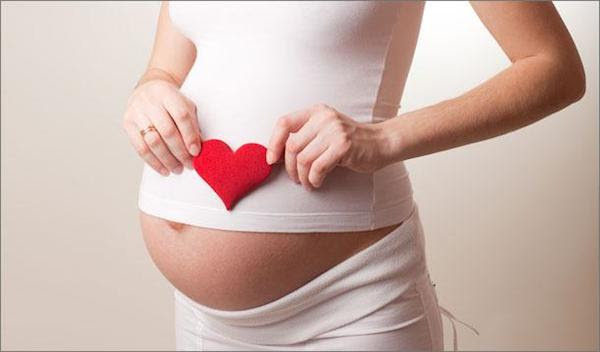 All parents-to-be nurture the dream of healthy pregnancy and baby.

But the modern environment and diet is deficient in many factors essential for the health of mother and fetus. One of those factors is antioxidants. The role of antioxidants like folic acid in preventing birth defects like spina bifida and cleft palate is well known. It is now included in all prenatal vitamin supplements.

But the role of antioxidant like glutathione in pregnancy is often overlooked. Antioxidants and glutathione status play an important role in the development and growth of the fetus, maintenance of a healthy pregnancy – and even before pregnancy, in fertility and conception.

Glutathione is the body’s master antioxidant. It helps to regenerate stores of other antioxidants like Vitamin C and E. It also protects both mother and fetus from the damaging effects of free radicals and oxidative stress.

Many pregnancy complications and birth defects have been linked to oxidative stress, free radical damage and low glutathione levels in the mother and fetus.

The role of glutathione in the development of the foetus and placenta is crucial. Glutathione (GSH) can control cell differentiation, proliferation, and cell death – essential functions in the developing embryo.

In the placenta, glutathione detoxifies pollutants before they reach the developing child. Most substances or factors which cause birth defects (teratogens) are known to exert their embryotoxic effects because they cause oxidative stress.

The human placenta possesses a significant amount of glutathione S-transferase (GST) capable of detoxification or activation of drugs and pharmaceuticals during the critical period of organ development in the fetus.

Some drugs are known to cause birth defects in the growing fetus by generating free radicals, and depleting GSH stores. In the early embryonic stages, the fetus is sensitive to the toxic and teratogenic effects of chemicals, whereas it is sensitive to carcinogenic effects during late fetal stages.

Carcinogens administered to the mother can be transferred through the placenta and induce cancer in the fetus. Many carcinogens are much more active in the fetus than in adults and they tend to act as abortifacients and teratogens as well.

Environmental and lifestyle factors are known to cause oxidative stress and lower glutathione levels – resulting in birth defects, abortion and miscarriages in pregnancy.

Some of the known teratogens (causing birth defects) in pregnancy include:

Maternal health factors that increase free radicals and cause birth defects include: 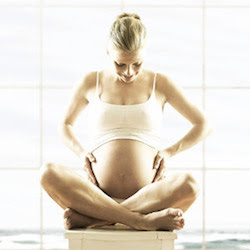 Glutathione and other antioxidants attenuate oxidative stress in pregnant women with inflammation or maternal conditions like diabetes and pre-eclampsia, and in fetuses at risk for developing cystic fibrosis.

Supplementation with glutathione precursors and antioxidants can decrease the incidence of birth defects and protect both mothers and the fetus from the damaging and possibly fatal consequences of pregnancy complications.

Glutathione (GSH) also prevents or minimises the oxidative stress that occurs during labor and the birth process. Perinatal or birth asphyxia/hypoxia (deprivation of oxygen supply to the brain) in preterm deliveries and labor can lead to cerebral palsy, respiratory distress syndrome, irreversible brain injury, and permanent neurological and intellectual handicaps.

Glutathione’s role in embryonic, fetal and placental development is crucial. It is constantly at work as a scavenger of free radicals and as a detoxifying enzyme of dozens of foreign substances and toxins.    Without GSH, these substances can push the child towards an unnerving variety of developmental and health problems. Once past the stage or organogenesis, the unborn child’s principal GSH protection comes from outside its own body – the placenta. There is an interesting similarity between the placenta and the liver. Among their many other functions, both act as filters for toxins and both have high levels of GSH within their tissues. It is no coincidence.   Many common complications of pregnancy including high blood pressure, pre-eclampsia and gestational diabetes coincide with low glutathione levels. Decreased GSH can cause many difficulties in pregnancy. A great deal of research is being carried out using GSH enhancing strategies to combat these problems. There is already some success and much optimism.”Dr Jimmy Gutman, World’s Leading Expert on Glutathione

It is important to know that in order to raise glutathione for a healthier pregnancy, taking glutathione pills will not raise your glutatione, and many supplements that are known to raise glutathione are not recommended for pregnant or nursing women.
One supplement that is safe and recommended by Dr. Gutman for pregnant and nursing mothers for raising glutathione for a healthy pregnancy is Immunocal. It contains the same bonded cysteine that is in mother’s breast milk that a baby receives while breastfeeding.

Immunocal is the most effective, safe, and natural way to raise and sustain your glutathione. 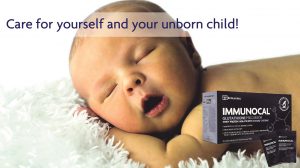 “There are many myths and mysteries about raising glutathione…
Let me be clear – Immunocal is the only natural patented protein proven to raise and sustain glutathione levels and help the immune system.”

**Please be aware of imitation and other products that claim to boost Glutathione or your immunity. Do they have clinical studies and proof?

Don’t compromise on Quality and Effectiveness!
Especially when it comes to the health of you and your loved ones.. Insist on Immunocal.