The most common description of autoimmune disorder is that it is a condition that occurs when the body attacks itself. It is a disease or disorder that is caused by an inappropriate immune response to one’s own tissue. This response is considered to be a dysfunctional immune response to healthy processes. 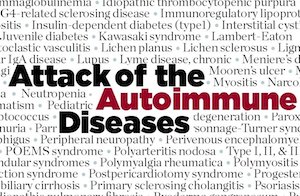 According to immunologist, Dr. Jesse Stoff, there are four key things that damage the body’s internal environment. They are:

The immune system, like most of the body, requires balance to function properly. T-helper 1 (Th1) cells and T-helper 2 cells (Th2) help regulate the body’s response to foreign invaders. Th1 uses white blood cells to go after viruses and cancer cells. Th2 immune cells use antibodies to go after bacteria. Normally, the body strikes a balance by switching back and forth between Th1 and Th2. In a person with an autoimmune disorder, one dominates and suppresses the other.

Th1 dominance in women is associated with autoimmunity and recurrent miscarriage in the first trimester of pregnancy. Additionally, children in the autism spectrum tend to be Th1 dominant. Besides autoimmunity, Th2 dominance is characterised by a tendency toward allergies, frequent colds and viral infections, and cancer. Both Th1 and Th2 cells make a protein substance known as cytokines. Cytokines cause inflammation. Cytokines are a necessary part of our immunity. Inflammation should be a temporary response to injury or infection. It is the over-production of certain small cytokine molecules that leads to the invasion and inflammation of an organ or body system. 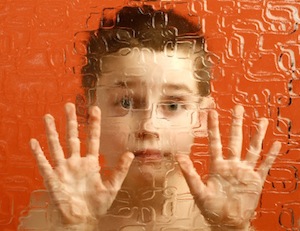 Autoimmune conditions are named or categorised according to where in the body cytokines are being overproduced and how the disease manifests itself. For example, an overproduction of these cytokines in the joints causing pain and swelling is called Rheumatoid Arthritis. It may go by different names and occur in different places in the body.

To successfully reverse the effects of autoimmune diseases, we must do two things: combat oxidative stress, and re-balance the immune system.

Is there something you can do that naturally takes care of both requirements?

There has been much research done in the last 20 years or so about the antioxidant benefits of glutathione.

Glutathione is your body’s own master antioxidant, which means that if you keep your glutathione levels high, you will recycle all other antioxidants you take and keep them working longer. In this way, reducing oxidative stress, glutathione can be very helpful in reversing the damage done by autoimmune diseases.

Re-Balance Your Immune System With Glutathione

So should you be afraid to boost your glutathione levels? Many have expressed concern that if their immune system is already overactive, raising glutathione will only make it worse. Actually, studies have shown just the opposite to be true. In a normal healthy functioning immune system there are optimal levels of all its components, like white blood cells, different types of T-cells, B-cells, and so forth. What glutathione does is make sure that you maintain these optimal levels.

There are also little “scouts” that your immune system sends out that are used to tell your body whether a tissue is friend or foe. These little scouts are called cytokines. Cytokines cause inflammation, which is why many of these autoimmune diseases are known for their inflammation.

Glutathione keeps the cytokines honest, so they stop tagging good guys as bad guys. They only tag bad guys bad, and good guys good, so that your killer cells only end up destroying what should be destroyed.

So basically glutathione knows what to do and gets busy doing it, correcting whatever imbalance a person may have, whether they are immunodeficient, or have one of the autoimmune diseases. 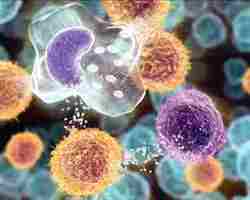 There is a study that is investigating both important roles for glutathione even further. To view the study, “Glutathione: A key player in autoimmunity”, dated July 2009, please click here.

This study concluded, in part, that

“Glutathione, a tripeptide, is the principal component of the antioxidant defence system in the living cells. Glutathione has been demonstrated to have diverse effects on the immune system, either stimulating or inhibiting the immunological response in order to control inflammation.”

In conclusion, we know that there are two conditions that must be addressed when it comes to autoimmune diseases – oxidative stress and re-balancing the immune system.