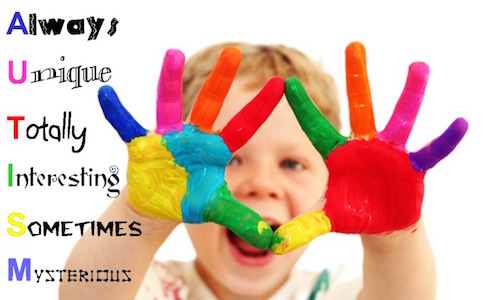 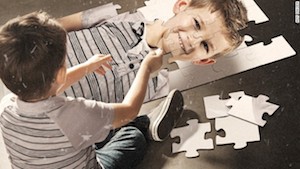 Research has found that autistic children have lower glutathione levels and that oxidative stress could be causing the neurological damage. There are also research focused on allergies or toxins being an important factor in autism. It has long been known that the highest amounts of glutathione are found in the liver, our main organ of detoxification.

Recently, a research team led by Dr. Jill James from the University of Arkansas found that the majority of autistic kids they looked at were low on glutathione. They were able to raise these levels through diet and supplementation with success.

There was a medical paper published on this in the American Journal of Clinical Nutrition in 2004. 80% of kids tested were glutathione deficient – and of these, they had 50% less glutathione than their age matched control group.

Clinical Trial on Immunocal for Autism 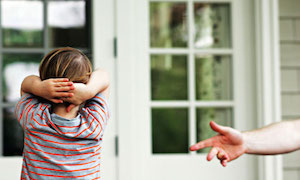 This preliminary study showed the majority of autistic children were easily able to consume non-denatured whey protein isolate (Immunocal®) without adverse effects. The promising results will allow further studies to proceed to demonstrate the benefits of augmented glutathione levels in children with autism.

Changes in behavioural aspects were also documented but did not reach statistical significance because of the small number of patients in this pilot study. However, positive trends in all behavioural parameters were noted. ( Kern JK, Grannemann BD, Gutman J, Trivedi MH, Oral Tolerability of Cysteine-Rich Whey Protein Isolate in Autism – A Pilot Study, Journal of the American Nutraceutical Association (JANA), Vol. 11, No. 1, 36-41, 2008.)

Recent evidence suggests that many children with autism have low levels of glutathione in their cells. Non-denatured whey protein can improve glutathione levels in a variety of diseases and disorders; however, there are anecdotal reports that children with autism may have problems with ingestion of similar sulfur-rich compounds, e.g., worsening of behaviour and/or gastrointestinal (GI) disturbance.

Children, 3-15 years of age with a diagnosis of autism or autism spectrum disorder (ASD), were supplemented with a non-denatured whey protein isolate (Immunocal®). Autism symptoms, behaviour, side effects, and treatment adherence were examined, as well as baseline bowel flora.

Several behavioural parameters were measured including the Childhood Autism Rating Scale (CARS) and the Aberrant Behaviour Checklist (ABC) before and after treatment. Results suggest that overall there was no worsening of behavior. Although the small numbers of patients did not allow statistical significance to be attained, all measurements showed a trend toward improvement. Principle investigator Dr. Janet Kern stated, “We’re very optimistic about these pilot results, it makes us very comfortable to pursue larger and longer-term studies using this strategy.”

My name is Natalie Stubbs and I reside outside of Atlanta, Georgia in the USA. My son, Ethan, recently turned 7. At age 4, Ethan was diagnosed with autism. His most recent set of school evaluations show some unexpected and very exciting results. The school psychologist remarked, “We know Ethan had autism, and now it looks like he does not” and could not account for that result. He shows a range of neurologic abilities never really anticipated for his autism. Immunocal has truly given Ethan a more typical life than anticipated and appears to have helped him break the limits of his autism.Natalie Stubbs’ Son – Ethan

Gio was born April 1st 2002, he is 2year and 7months. Gio on Immunocal for about 6 months when they noticed improvement at his next visit. He didn’t have any GI upset and even took the Immunocal easily, more than his sister. He’s doing better and better everyday.  The early intervention team was kind of confused about his condition and told me that they would class him in the “HIGH FUNCTIONING” category.Gio

I am ready to say it…I take my time in sharing such things: I always take a wait-and -see approach. My son Mitch is doing extremely well on a nutritional protocol which include Immunocal, which helps the body produce Glutathione. Scientific research has indicated that persons with autism are totally or at least seriously deficient in Glutathione, which among other benefits, helps to remove toxic metals from the system, helps detoxify the system. Mitch has been on Immunocal for about four months. With the addition of the Immunocal, we began to see even better changes in how he looks and behaves, and are now going to slowly reduce his medication…my hope is to eventually be able to get him off all such medications completely; possible long term side effects really concerns me, and secondly, I feel people with autism have been greatly over-medicated.Mitch