The Science of Glutathione

You are here: Home » Immunocal Resource » Glutathione Articles » The Science of Glutathione

The Science of Glutathione 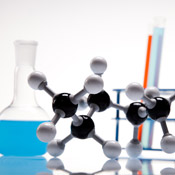 Glutathione is a small molecule found in almost every cell. It cannot enter most cells directly and therefore must be made inside the cell, from its three constituent amino acids: glycine, glutamate and cysteine. The rate at which glutathione can be made depends on the availability of cysteine, which is relatively scarce in foodstuffs. Furthermore, the cysteine molecule has a sulfur-containing portion which gives the whole glutathione molecule its ‘biochemical activity’, i.e. its ability to carry out the following vitally important functions: Firstly, glutathione is the major antioxidant produced by the cell, protecting it from ‘free radicals’ (‘oxygen radicals’, ‘oxyradicals’). These highly reactive substances, if left unchecked, will damage or destroy key cell components (e.g. membranes, DNA) in microseconds.

Oxyradicals are generated in the many thousand mitochondria located inside each cell, where nutrients like glucose are burnt using oxygen to make energy. (Mitochondria can be thought of as the batteries that provide the power for the cells to operate). Oxyradicals also come from pollutants, from UV radiation and other sources. In addition, glutathione recycles other well-known antioxidants such as vitamin C and vitamin E, keeping them in their active state.

Secondly, glutathione is a very important detoxifying agent, enabling the body to get rid of undesirable toxins and pollutants. It forms a soluble compound with the toxin that can then be excreted through the urine or the gut. The liver and kidneys contain high levels of glutathione as they have the greatest exposure to toxins. The lungs are also rich in glutathione partly for the same reason. Many cancer-producing chemicals, heavy metals, drug metabolites etc. are disposed of in this way.

Thirdly, glutathione plays a crucial role in maintaining a normal balance between oxidation and anti-oxidation. This, in turn, regulates many of the cell’s vital functions, such as the synthesis and repair of DNA, the synthesis of proteins and the activation and regulation of enzymes.

Fourthly, glutathione is required in many of the intricate steps needed to carry out an immune response. For example, it is needed for the lymphocytes to multiply in order to develop a strong immune response, and for ‘killer’ lymphocytes to be able to kill undesirable cells such as cancer cells or virally infected cells. The importance of glutathione cannot be overstated. It has multiple roles as indicated and, indeed, as one examines each system or organ more closely, the necessity for glutathione becomes increasingly evident.

Glutathione values decline with age and higher values in older people are seen to correlate with better health, underscoring the importance of this remarkable substance for maintaining a healthy, well-functioning body.