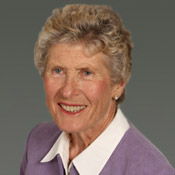 A recent press release by CBS highlighted the need for a “universal or all-purpose drug” able to combat any germ or toxic chemical released by hostile forces. In general, the idea would be to bolster the defenses we already possess, in particular the immune system, to fight against infections and cancer. CBS made brief mention of two substances, cysteine and glutathione, that deserve much greater attention. Glutathione is a key substance found in every cell in our body, and may be thought of as a “naturally occurring universal drug” – and one without adverse side effects!

It is the cell’s most important antioxidant, neutralizing “free radicals” that would otherwise damage or destroy the cells. The body produces free radicals during metabolism. Under any form of stress, such as chemical toxicity or bacterial infections, the body generates many more free radicals. If glutathione is in short supply, these free radicals can overwhelm the cell. Exposure to radiation from sunlight or other sources also results in increasing highly reactive free radicals that likewise our bodies need to neutralize.

Glutathione is also the main detoxifying agent in the body. It converts damaging chemical substances (toxins) into harmless products that the body eliminates. Such chemicals include cancer-producing substances, heavy metals, herbicides, pesticides, smoke and other pollutants. Thus, glutathione provides important protection against many environmental hazards. The liver is particularly rich in glutathione for this purpose. The immune system is our main defense against infection.

Once again, glutathione plays a vital role, enabling the immune system to function optimally, which it cannot do when glutathione is deficient. For example, the cells of the immune system (lymphocytes) cannot multiply as much, cannot produce as many antibodies, and cannot kill unwanted cells like cancer cells or those infected with a virus. Glutathione deficiency also adversely affects other systems and organs such as the lungs, the nervous system, and the intestinal tract.

It is on record that there are many medical disorders associated with glutathione deficiency. These include AIDS and cancer wasting, some intestinal disorders, lung diseases, over-trained athletes syndrome and trauma. Furthermore, as we age, glutathione levels decrease which no doubt explains, in part, an older person’s lowered resistance to disease. Glutathione is a very small protein made inside the cells from three amino acids obtained ultimately from our food or supplementation. One of these amino acids, cysteine, gives the glutathione its antioxidant and detoxifying properties. This amino acid is relatively rare in foodstuffs and this can lead to glutathione deficiency, even in healthy people.

For example, one study demonstrated that, by feeding a cysteine enriched food product, namely Immunocal, glutathione values increased by 35.5% in the lymphocytes of normal young adults.   It is well documented that glutathione sold as a dietary supplement is mostly destroyed during digestion and therefore is of little use. Cysteine itself is toxic and suffers the same fate unless chemically modified. Practitioners use N-acetyl cysteine as a supplement, but it has certain unpleasant side effects, even in moderate doses. Thus, the best source for cysteine supplementation is from cysteine-rich foodstuffs. It is normally present in food as the stable form, cystine (2 molecules of cysteine linked together).

Our bodies digest, absorb, and carry cystine to the cells where they convert it into cysteine. Since heat or mechanical stress etc., easily split cystine into cysteine (where digestion destroys it), raw unprocessed foods or special food supplements high in bioactive cysteine (cystine) provide the best source of this vital amino acid. Sixty years ago, Florey and Fleming revolutionized the medical treatment of infection with the discovery of antibiotics that act against a broad range of bacteria. Glutathione, a “natural drug”, perhaps in the same way could provide a significant contribution towards defending ourselves against the growing number of diverse biological and chemical hazards facing our society today.