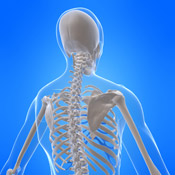 The human body is one of nature’s finest miracles and researchers are still unlocking many of its secrets. Recent discoveries have shed important light on the role that glutathione plays in maintaining health and fighting disease.

Most individuals have not heard of glutathione, however given the accelerated course of research publications on the subject and the large impact it will have in future health care, the term glutathione will shortly become integrated into our everyday language, the same way as we use the words “antioxidant” or “cholesterol”.

Glutathione is the body’s own health ‘AID’ – Antioxidant, Immune Booster, and Detoxifier. This small protein, produced naturally in the body, maintains these three crucial protective functions. In fact, your life depends upon it. Without glutathione, your cells would disintegrate from unrestrained oxidation, your body would have little resistance to bacteria, viruses and cancer, and your liver would cease functioning from the accumulation of toxins.

In the last twenty years the volume of research into GSH has grown immensely. A huge variety of theoretical papers, bench-top laboratory experiments, epidemiological studies and—most importantly—clinical trials on humans, has linked glutathione to an extraordinary variety of illnesses. The list is long and would be hard to believe were it not for the strength and credibility of the research.

Hundreds of articles have described how elevated glutathione levels help combat the infirmities of aging, such as Parkinson’s disease, Alzheimer’s disease, cataract formation, macular degeneration, and cancers of aging (e.g. prostate cancer). Glutathione depletion is linked with the major causes of morbidity and mortality in North America, including heart disease, stroke, diabetes and infectious disease. Many different medical specialists are paying special attention to natural glutathione modulation, as more traditional means have proven less than efficient.

Advances in the study of antioxidants have grown to the point that a whole new branch of medicine has developed called “Free Radical Biology” which focuses on oxidant/antioxidant balance. These scientists have elaborated upon several hundred different disease processes where antioxidants play a vital role. The shelves of natural food stores and pharmacies are resplendent with a large array of different antioxidants offered.

However, although these antioxidants including vitamin C and vitamin E are “natural”, they are not natural to your body. If you do not ingest these vitamins, they will not be found in your cells naturally. Given the importance of antioxidation in hundreds of different disease processes, one poses the question – “What antioxidant does the body manufacture to ward off these processes?” Glutathione is the most abundantly produced antioxidant in the body. In fact, the presence of this ubiquitous small protein is crucial for the functioning of any of the other antioxidants we know of.

GLUTATHIONE – “FUEL FOR THE IMMUNE SYSTEM”

Your immune system is constantly on the prowl for pathogens and foreign antigens—agents of cellular damage, toxicity and disease. These antigens include viruses, bacteria, parasites, fungi and even pre-cancerous cells. To neutralize these pathogens the body needs a ready supply of glutathione. If it doesn’t have enough, some of the invaders will get through, infecting the body and/or contributing to aging, long-term accumulative damage—even eventual cancer.

We can’t avoid illness and aging altogether—although a few scientists are pursuing some age-old dreams—but by keeping our intracellular glutathione levels up we also keep our immune system on full alert and fully armed. Dr. Gustavo Bounous, a leading glutathione expert, concurs that glutathione is fuel for the immune system. “ The limiting factor for the proper activity and multiplication of our lymphocytes (white blood cells) is the availability of glutathione”. Dr. Bounous’ research at McGill University has culminated in the development of a nutritional supplement called “Immunocal” which raises glutathione levels.

Hundreds of toxins are eliminated by the GSH enzyme system, including drug metabolites, pollutants, carcinogens and radiation damage. It’s no surprise that GSH concentrations are highest in the liver, the body’s major detoxifying organ. We inhale and ingest natural and synthetic toxins every day of our lives and can’t possibly avoid them, especially in our technological times, our congested and polluted cities and with our bio-engineered food supplies. Experimental studies have shown that low glutathione levels lead to poor liver and kidney function, and result in unnecessarily large quantities of toxins circulating through the body. There, they continuously damage individual cells and organs. The list of toxins eliminated include cigarette smoke, automobile exhaust and heavy metals. Physicians regularly use drugs to elevate glutathione levels in critical illnesses like acetaminophen overdose and fulminant hepatic failure.

Every day our bodies are exposed to factors that drain our levels of glutathione: Stress, pollution, radiation, infection, drugs, poor diet, aging, injury and fatigue. These all contribute to glutathione depletion which, in turn, leads to cellular aging, disease and death. “Concern about maintaining one’s glutathione level will eventually be on par with other health maintenance issues. People will soon be raising their glutathione levels the same way they take their vitamin pills each morning,” says Dr. Bounous.

It is vital to clarify one particular aspect of the glutathione story. When people find out about GSH, they want to go to their health store, buy some and ‘take’ it. Although it can be found as a supplement, eating glutathione has negligible effects on your health. It is quickly broken down in your digestive tract and eliminated. GSH must be manufactured within your cells, which is exactly where it appears—in every cell of your body. The only way to accomplish this effectively is to give your body the building blocks (precursors) it needs to manufacture glutathione for itself.

Some pharmaceutical drugs such as NAC (N-acetyl-cysteine) have been developed to provide these precursors but there are also natural ways to raise glutathione levels. Vitamin C, E and selenium indirectly support glutathione function. Milk thistle (silymarin), alpha-lipoic acid and L‑cysteine may have moderate effects. The most effective natural way to raise glutathione as borne out by medical research, is by feeding the individual specific cysteine and cystine-rich proteins as found in undenatured whey protein isolates.

This type of natural approach to addressing health concerns is a welcome complement to traditional medicine, which has historically marginalized nutritional therapy. The key in bridging this gap between western medicine and natural medicine lies in appropriately studying supplements with solid research.