You are here: Home » Immunocal Details » Why Immunocal 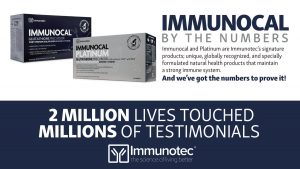 Many natural products claim to either raise glutathione, to have antioxidant power, or to improve our immune function. What should you consider when making an intelligent and informed choice:

Recognition in the Medical Field

It is listed in the most trusted and prestigious publications which medical doctors, pharmacists, nurses and other medical personnel refer to on a daily basis:


1. The Physicians’ Desk Reference (PDR) – the official reference book for all doctors in the US that lists all the substances available for prescription. Read the PDR entry for Immunocal here.

2. The Red Book – one of the major reference publications for pharmacists in the US. Read the Red Book entry for Immunocal here.

3. The Compendium of Pharmaceuticals and Specialties (CPS) – reference book for Canadian doctors and pharmacists. Read the CPS entry for Immunocal here.

4. Immunocal holds Health Canada Natural Product Number for the specific health claim “Immunocal is a natural source of the glutathione precursor cysteine for the maintenance of a strong immune system.”

5. Patented in the US as an anti-cancer therapeutic composition, Immunocal is covered by Medicare/Medicaid under certain conditions.

6. Immunocal is classified by the FDA as “GRAS” (generally recognised as safe) and has no known side effects.

Over 75 national and international patents

Immunocal is patented in the US and Canada. It also holds 40 international patents worldwide.

Most importantly, Immunocal has METHOD OF USE patents that recognize it as a biologically active whey protein that improves the human immune response. Such a patent means that even if the process of manufacturing is duplicated, another undenatured whey protein cannot state that it is “CLINICALLY PROVEN to stimulate the immune system” and “significantly raise and maintain glutathione levels”.

5,456,924 – “Method of treatment of HIV-seropositive individuals with dietary whey proteins”. 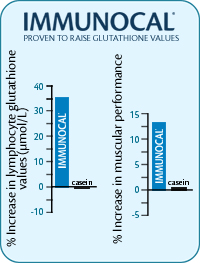 Immunocal has 35 years of valid clinical research that proved its effiсacy. This research has been peer reviewed and published in reputable accredited medical journals.

The observed immune boosting effects of Immunocal which have been originally discovered by Dr. Gustavo Bounous at McGill University (Montreal, Canada) have been validated by numerous independent research centers worldwide: in Germany, Japan, Australia, France, United States and in Nova Scotia (Canada).

Originally done in the lab and on animals, Immunocal has now for years been researched in human clinical trials using a double-blind placebo-controlled method – the highest standard in medical research.

Human testing has been successfully conducted on the people with diseases, the elderly, healthy adults, children and professional athletes.

The results of Immunocal trials are subject to INDEPENDENT verification and review by medical professionals and government agencies.

For further details on the research on Immunocal, click HERE!

Chapter 42 in this book is dedicated to the research paper “Nutriceutical modulation of glutathione with a humanized native milk serum protein isolate Immunocal: application in AIDS and cancer” where it states that “glutathione is of major significance in cellular antioxidant activity, and that Immunocal functioning as a cysteine delivery system can enhance glutathione synthesis…”

Dr. Montagnier received the 2008 Nobel Prize for his 1984 discovery of the human immunodeficiency virus (HIV), together with Dr. Françoise Barré–Sinoussi.

In 1994, Dr. Montagnier drew attention to the promising effects of Immunocal, a proven precursor of glutathione, in his opening speech at the 10th International AIDS Conference in Yokohama, Japan. 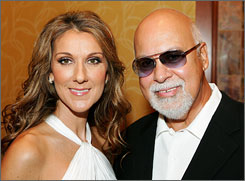 Rene Angelil, Celine Dion’s husband, had prostate cancer and takes Immunocal? His personal physician knew Dr. Gustavo Bounous, who was the Medical Research Director of Immunotec. This led to Rene taking Immunocal®. The rest is history.  He and Celine and both of their families take it daily to stay healthy!

Want to know more about the science behind Immunocal. Check out: